Artificial turf vs natural grass on player injury rates
Whether you’re an adult who has fallen during an outdoor sport or have a child who has taken a spill outside, you know that there is a difference between natural grass and artificial grass.
When you fall on “real” grass, you notice the rocks, dirt, and grass burn. Artificial turfs is developed to protect against serious falls but there is still some comparison to be conducted.
What Affects Injury Rates?

Is There a Big Difference?

Despite the many advancements manufacturers have taken with artificial grass, the effect on injury rates is still very controversial. There is a huge difference in playability and texture but the two factors above, coefficient of friction and coefficient of restitution still have high injury rate statuses. Natural grass fields are not a free ride from injuries either. Playing on real grass that is not up-to-par and properly maintained can create dangerous situations.

Today, flawless field conditions for both playability and injury prevention is still undetermined. The best news is that developers are working every day to make artificial turf the best and safest possible. A study conducted in 2010, when artificial turf was still up-and-coming, found that artificial turf may be safer than natural grass with related to injuries altogether. It also stated that there was no significant difference in knee injuries between the two surfaces of fake and real grass. In 2013, another study was conducted and found that there were fewer total injury incidences and a lower rate of substantial injuries on artificial turf.

All research conducted are still unclear on answers of which grass is truly the safest for sports players. An ideal way to decrease injuries on artificial turf would be to wear turf shoes or cleats made specifically for artificial grass. The latest generation of artificial turf features a bottom layer of sand, a middle layer of sand and rubber and a top layer of rubber pieces mixed into long, lush fibers which shown a much better result for injuries.

Any athlete that plays on a field knows that the type of sport and weather condition are the two leading factors in injuries, whether the sport is played on artificial turf or natural grass.

Want to find the best turf installer in your area? We’ll match you with THE top artificial grass dealers in your area.

Think of us as Cupid but with a green bow made with artificial grass blades.

READY TO RETIRE YOUR MOWER?
GET A QUOTE FOR TURF INSTALLATION TODAY! 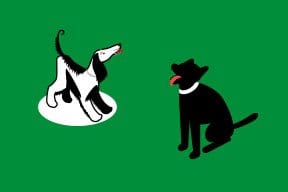 Is Artificial Turf suitable for dogs?

Is Artificial Turf suitable for dogs?Jade Child has been selling and installing artificial turf in Tasmania since 2010. Jade became interested in the varying turf products after finding difficulty sourcing quality turf in 2009. After spending a year learning about the...

Will turf get too hot for my pet in the warmer months?

Will turf get too hot for my pet in the warmer months? If you are considering installing artificial turf it’s an investment. And, whether it is for your home or your business, you are going to have some questions.One of the most commonly asked questions that we... 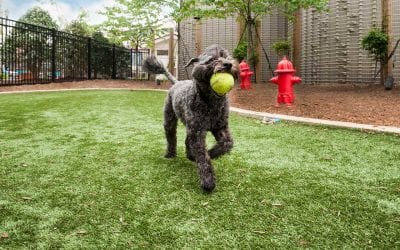 How durable is artificial turf for my dogs? Will they rip it up?

HOW DURABLE IS ARTIFICIAL TURF FOR MY DOGS? WILL THEY RIP IT UP?If you have a beloved family pet, or own a dog kennel, doggy daycare, or boarding facility and are considering installing artificial turf, then you must be asking yourself one very important...